HOW TO SAY ‘NO’ TO YOUR BOSS Your boss has asked you to take on a new project that firstly doesn’t inspire you in the least, and secondly, your workload is already bigger than the confines of your PD.

Your heart screams “no”, but you struggle to articulate this resounding resistance in a way that respects your boss, doesn’t tarnish your relationship and keeps the door for future opportunities.

It’s a tricky tight rope to walk, but with a few tips under your belt, you will be able to confidently say no diplomatically and own your power as an employee.

See which of our suggestions work best for you: “No, I don’t have the time,” or “No, this project will clash with these other three,” or “No, I don’t agree with the strategy or intention” seem like legitimate responses, but the best way to respond to your boss’ request is by showing, not telling.

For example, show your boss your upcoming project timelines and ask them to help you prioritise your project list. Lay out what you are working on, how long each task is taking and what would be delayed or stopped if you took on the new project. In this way, you demonstrate to your boss everything you have on your plate and give them the opportunity to delegate what is most important. They will likely give you permission to de-prioritise what isn’t critical – whether that be the new project, or something else that has been consuming your energy and effort. Remember that an abrasive, abrupt or overly opinionated approach to sharing your disagreement with a particular project is not conducive with team meetings and brainstorming – no matter how much you oppose it.

If you want to open up the conversation to a different way of thinking or to implementing a new system or strategy, consult your team democratically and create a safe space for all members to contribute their ideas. Ask your boss if you can throw around some ideas on how to tackle the new project. Most times bosses are open to team input, but if they’re not and are quite adamant about doing it in a certain way, say something along the lines of: “I know this isn’t the time for ideas, but I have a serious concern with…” 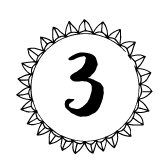 Be a team player

When called upon to work later, to open the shop on the weekend, to make a dash to the local printing service, you don’t want to be that person who finds every excuse under the sun to avoid doing anything extra. There will be times when business is busy and your boss will need your support. If you feel like your boss calls on you more so than the other team players, maybe because you are more likely to say yes than no, remind your boss politely of the additional tasks you have done lately and how this ask will be an interruption to your current work.

On the other hand, if you have managed to escape the requests for more hands on the deck more often than not, then maybe now’s the time to show your boss you’re part of the team!

Tell us in the comments below how these tips serve you.